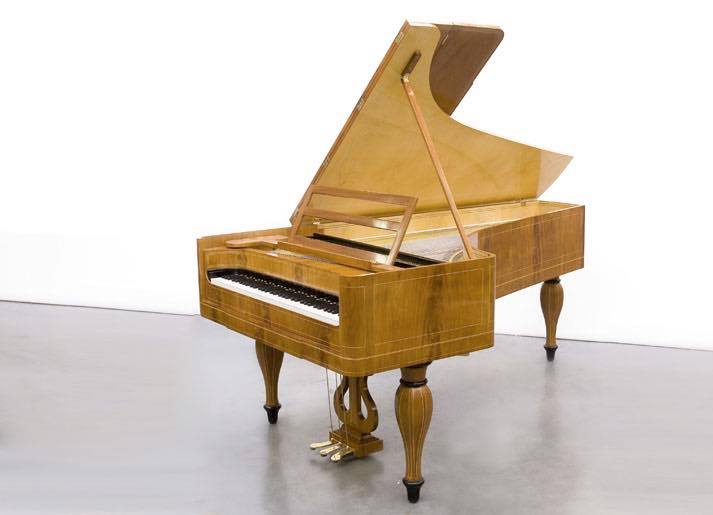 Did you know that before the modern day piano there were various other keyboard instruments?

Let’s take a look at some of these early keyboard instruments and how they work.

The clavichord is a rectangular sound box with strings inside, and works by hammers striking the strings just like the modern piano, while the Harpsichord is a plucked instrument similar in shape to the modern grand piano. Although these two instruments have their own way of creating sound, the sounds produced are similar, almost like when a classical guitar’s strings are plucked.

From the point of view of construction and mechanism, the clavichord has a simple action, just a single strike of a brass blade, known as the tangent, will initiate vibrations creating a soft sound; whereas the harpsichord has sets of strings that are plucked by an action mechanism, producing a ‘brittle and rattling’ like sound with little variation in dynamics.

For some of these reasons, the Pianoforte appeared in 1700s to overcome various limitations. Instead of plucking the strings, the pianoforte action uses a hammer to strike the strings, allowing the player to control the volume of sound and express more emotions through this instrument. This will also set the stage for the modern day piano we are used to seeing today.

As musical tastes changed, a modern piano might give you better expression, but each of these historical instruments best served the music of its time.